Mind and Body: the link between stress, illness, and the immune system, scientific findings 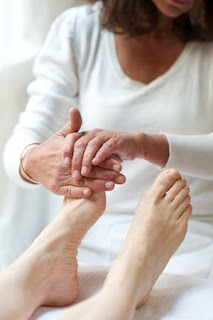 Dr. Robert Ader, an experimental psychologist  was among the first scientists to show how mental processes influence the body’s immune system, a finding that changed modern medicine

Dr. Robert Ader was known for his research on the relationship between the mind and body...he spent his entire career as a professor of psychiatry and psychology at the University of Rochester School of Medicine and Dentistry, conducted some of the original experiments in a field he named himself, psychoneuroimmunology. His initial research, in the 1970s, became a touchstone for studies that have since mapped the vast communications network among immune cells, hormones and neurotransmitters.
It introduced a field of research that nailed down the science behind notions once considered magical thinking: that meditation helps reduce arterial plaque; that social bonds improve cancer survival; that people under stress catch more colds; and that placebos work not only on the human mind but also on supposedly insentient cells.

As late as 1985, the idea of a connection between the brain and the immune system was dismissed in an editorial in The New England Journal of Medicine as “folklore.” “Today there is not a physician in the country who does not accept the science Bob Ader set in motion,” said Dr. Bruce Rabin, founder of the Brain, Behavior and Immunity Center at the University of Pittsburgh Medical Center, who considered Dr. Ader a mentor.

The Other Brain Also Deals With Many Woes

Two brains are better than one. At least that is the rationale for the close - sometimes too close - relationship between the human body's two brains, the one at the top of the spinal cord and the hidden but powerful brain in the gut known as the enteric nervous system.

For Dr. Michael D. Gershon, the author of "The Second Brain" and the chairman of the department of anatomy and cell biology at Columbia, the connection between the two can be unpleasantly clear.